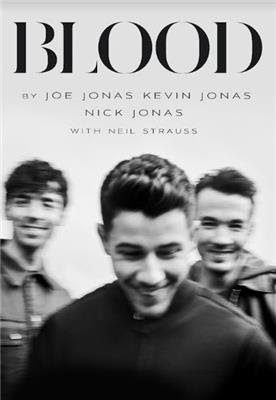 Grammy-nominated, multi-platinum powerhouse trio Joe Jonas, Kevin Jonas, and Nick Jonas are ready to tell their story in BLOOD, a memoir that details the incredible true story of the Jonas Brothers, from the band’s creation, phenomenal rise to superstardom, break up at the height of their fame, and now reunification. Written with Neil Strauss, author of The Dirt, and told in their own words, this is a totally unfiltered memoir about three brothers who learn that BLOOD is thicker than fame.

The Fourth Suit (The Magic Misfits, #4)

The Minor Third (The Magic Misfits, #3)

Joseph Adam "Joe" Jonas is an American singer, musician, and actor. He shares the lead singer role with his younger brother Nick of the Jonas Brothers, a pop-rock band made up of him and his two brothers, Nick and Kevin. He currently stars as Joseph Lucas in the Disney Channel original series JONAS.